To be honest with you, I have very little knowledge of Washington Irving’s The Legend of Sleepy Hollow, other than that of the infamous Headless Horseman and the names Ichabod Crane and Katrina Van Tassel. I knew bits and pieces of the story, mostly from Tim Burton’s take on the story in the 1999 film Sleepy Hollow, along with the few episodes I’ve seen of Fox’s popular television show of the same name. Neither of these adaptations compare with Dax Varley’s novel, written in the first-person in Katrina Van Tassel’s POV. 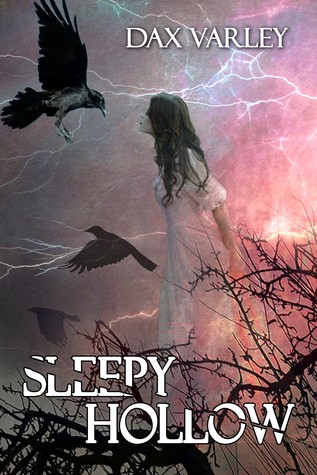 This is such a refreshing take on a legend that has been retold many times in many different ways. Varley brings life to a story that could be considered beaten to death, particularly shedding a new light on Katrina Van Tassel–a character on whom I had previously viewed as a spoiled socialite, intent on flirting with any man who showed her any ounce of attention, and playing the damsel-in-distress nonsense to new lengths to the point where she comes across as childish, selfish, and incredibly spoiled. While Varley’s Katrina is certainly rich and somewhat spoiled in her own right, she is certainly able to hold her own. Though she makes some questionable choices throughout the novel, her intent behind them is generally mostly pure. It is clear her relationships to her friends and family are very important to her, albeit to a fault in some circumstances. Katrina is independent, unwilling in any form to settle down, until meeting the strange and mysterious Ichabod Crane.
Ichabod Crane is the town’s newest teacher. He is highly educated and a firm believer in a new way of teaching the children, which catches the unwanted attention of the town’s council. He is everything a stodgy town set in its ways doesn’t want: energetic, eccentric, prone to trying new things, implementing a new curriculum, and a strong desire to teach the town’s slave children. He has quite an interest in the supernatural, particularly ghosts and witchcraft. Ichabod is not entirely likable to the “higher ups” of Sleepy Hollow, but he certainly catches the eye of a few young women; Katrina Van Tassel being one herself.
The events that transpire after the arrival of Ichabod Crane kept me highly intrigued. Not only was this book thrilling and at times quite mysterious, it was also quite romantic, exciting, and well-versed in the supernatural. I was actually sad for this story to end as I felt there was so much more to tell, which is probably why this is only the first book 😉 And let me tell you–I cannot wait to read the second! If you’re looking for a novel centered around romance, superstition, and the supernatural, look no further. This is a fun take on a story we’ve all heard in one way or another, and I couldn’t be more impressed with Dax Varley 🙂 I am definitely a new fan, and I will be reading more of her writings! 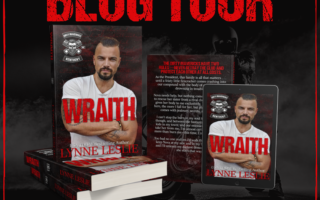