As I stated a few posts back, I’m a big fan of dystopian/post-apocalyptic. But since this is such a popular genre, it’s not always easy to find a book that’s well-written or one that I feel like I can connect with and get into.

Thankfully, not only was this book well-written, but it was also incredibly engrossing. It actually reminded me a bit of Scott Westerfield’s Uglies, which was perfectly fine with me because I love that series. The post-apocalyptic, trying to make the “normal” people “perfect” to create a “perfect society”, the main character not knowing who they really are and struggling with the consequences of her decisions. The world-building and character development in this book were super impressive, and I enjoyed how in-depth the author went with the personalities.

This book opens up with Seven’s companions telling her that her mother willingly chose to go with the Enhanced–the society of people who are essentially addicted to these drugs that transform you from an ordinary human into one with enhanced senses–but she wholeheartedly believes that they’re lying because there’s no way her mother would choose to become one of them. They’ve lived their entire lives hating the Enhanced and fighting against them with everything they have; why would her mother betray them in that way?

The story goes from there. All throughout, Seven is wondering what really happened to her mother, and she’s determined to learn the truth. Certain events transpire and she finds herself wanted by both The Enhanced and the Untamed–those who haven’t gone through the “enhancement” process–and she begins to question everything she’s ever known. Every step of the way, she struggles with doing what she’s always believed is right and giving herself up to what seems to be the easier way of life.

And then there’s Corin–the man who confuses her and treats her like crap most of the time, but she can’t deny that she’s inexplicably attracted to him. Their bond intensifies after he rescues her from the Enhanced, and then it continues to grow and change throughout the story. His words say he’s not interested–disgusted by her, in fact–but his actions say the opposite. The growth of their friendship/relationship is extremely well done, and I definitely enjoyed watching the progress between the two.

Being inside Seven’s head while she’s so conflicted was somewhat confusing, and I think that’s the only minus to this book for me. I had to reread several pages where I wasn’t understanding if what she was seeing was real or if it was a Seer dream–or even just a “normal” dream. I kind of wish the author had made the transition from reality to her visions a little less jarring so it could’ve been easier to follow, but it wasn’t bad enough to where I felt like I couldn’t catch on eventually. I did knock it down from a five- to a four-star review for that reason, however. I think I understand the reasoning behind blurring those lines a bit–her brain is a mess after being in the “care” of the Enhanced, after all–but the confusion slightly lessened my appreciation of an otherwise fantastically written novel.

There are secrets, lies, intrigue, and a dash of romance in this story–and holy cow, the action. The action played out like a movie, and I was incredibly impressed with the detail and edge-of-your-seat suspense. Even though the transition between the dream world and reality was a bit confusing, Seven’s narration was fascinating. The author somehow managed to create a main character who is both a strong badass and a frightened teenager who’s just trying to survive without sacrificing her morals in the process. 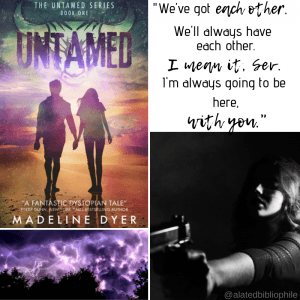 All in all, I fricken loved this book. It does end on a cliffhanger, so if that’s a no-go for you, you might want to binge the whole series rather than read them individually. I’m definitely going to have to read the next book as soon as I can cause I gotta know what happens next! Highly recommend! 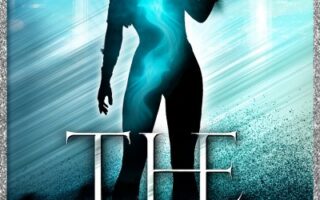 TOUR | The Descendants by Destiny Hawkins