Have you ever read a book that you start and you immediately think, “hmm, I don’t think I’m going to like this one, but I’m going to stick with it for a bit longer before calling it quits,” then you read a little more and–surprise!–you actually really enjoy it?

This was one of those books for me. I didn’t think I’d like it when I first started it and it actually took me a couple of chapters before I really got into the story. Even though there was a lot happening, it seemed like it was somewhat slow to start somehow. I guess because it took a bit for me to get used to the writing style and the story didn’t immediately grab my attention.

I honestly didn’t feel connected to the storyline until after Feia left the Temple and “randomly” stumbles across Rhyode–a handsome stranger who is extremely intent on helping her, despite not knowing her personally. It takes a bit of coaxing and Rhyode saving her life before Feia finally agrees to travel with him–going so far as to make a spirit oath with him, which is essentially an unbreakable bond only released by death. While Rhyode seems somewhat shady to begin with, this was the moment where I thought, “oh man. Shit is gonna hit the fan.” because obviously making an unbreakable oath with someone you’ve known all of ten minutes isn’t the smartest idea–even if he did save your life and says he wants to help you learn to control your magic. There’s just not something right here, you know? So while I actually love Rhyode’s character, there are a few things that come out toward the end of the book about him that could potentially be very, very bad for Feia. So, nothing like dropping a bomb regarding one of my favorite characters and then ending there. 0_0

The friendship between Feia and Vesta was so sweet to witness, too. From casual acquaintances to the best of friends; sisters–their friendship is what every girl desires in another female. It’s sweet and supportive and honest and just so fricken cool. That was one of my favorite aspects of this book. Feia is learning who she really is and discovering herself for the first time in her life, and it’s so awesome that she has this friend who grew up in the same place she did and knows the struggles of growing up there, yet encourages her to be better. Feia also helps Vesta begin to heal from the horrible crap that poor girl has had to face since leaving the Temple.

The power Feia has is incredible, but it’s kind of frightening at first and I wasn’t entirely sure which direction the author was going to go with it. I knew the book had to end reasonably well, but I wasn’t sure where that left her magic. Thankfully, you gain a lot of answers regarding the past Feia can’t remember and why she has such strong magic in the first place. Rhyode does end up helping her quite a bit with learning to control it and proves to be quite the asset, despite the fact he’s terribly mysterious and has his own rather frightening magical gift. There’s a slight romance between Rhyode and Feia that I’m interested in seeing develop, but don’t read this book for the romance aspect of it. The biggest theme is definitely self-discovery and learning her magic, while learning to trust and friendship is probably next. The romance aspect is dead last, but it’s still sweet enough to add a nice little thrill 🙂

In all, I enjoyed this book a lot more than I originally thought I would and I’ll probably end up reading the next book(s) in the series so I can find out what’s going on with the characters and how Feia is going to do in this next adventure in her life. I highly recommend this book for anyone who enjoys young adult fantasy and either doesn’t enjoy romance in their books or don’t need to have it in their books to enjoy the story. You might end up finding a new favorite!

Follow me for more book reviews, news, and more! 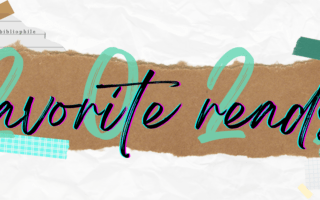