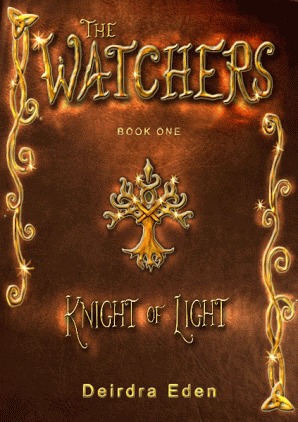 BLURB
“The Watchers” are supernatural beings in human form, charged with protecting mankind from the armies of darkness. Unfortunately, some of these Watchers go bad.
Deirdra Eden’s The Watcher’s Series is written in a traditional fairytale style with a young girl’s discovery of incredible, but dangerous powers within herself, a cast of humorous side-kicks, a quest for greater self-discovery and purpose, and villains of epic proportions.
Watch the intense Knight of Light book trailer!
In England, 1270 A.D., Auriella flees her village after being accused of witchcraft. Pursued by nightmarish creatures, she struggles to accept the truth about her humanity.
Filled with fairies, dwarves, pixies, dragons, and monsters, Knight of Light is an enthralling tale that will capture the imaginations of readers young and old.
(Book description from Amazon)

I am a sucker for young adult books–particularly if they are paranormal or fantastical in nature. With that being said, when I had the opportunity to review The Watchers: Knight of Light, I jumped on it. This novel is somewhat reminiscent of Libba Bray’s A Great and Terrible Beauty and Brandon Mull’s Fablehaven while still maintaining a quality unique to itself. This will definitely be a series I’ll be following. 🙂

Filled with magic, fairies, dwarves, witches, and pixies (and all sorts of other magical creatures!), this is one of the most imaginative stories I’ve read in quite some time. The main character, Auriella, has such sass and courage, you can’t help but admire her, despite her very naive personality. It’s interesting to see her growth from the first part of the book to the end, and I’m looking forward to watching her grow in the next book (and so on…).

If you’re a fan of young adult and fantasy novels, look no further. This would be a great novel to get your kids started on. I think anyone who enjoyed Harry Potter would be a fan of this series. 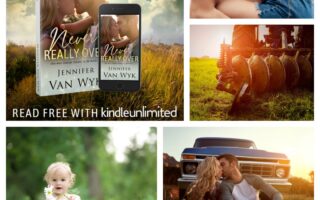