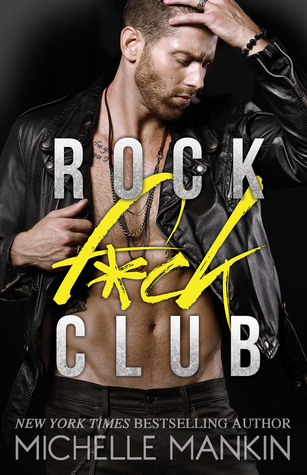 This is a book I’ve been seeing random posts about here and there in the romance community. I’ll be honest: while I’m a huge fan of rock star romance, I was extremely apprehensive about this book as I’m not super into the whole “having sex for sex’s sake” thing. Don’t get me wrong, I enjoy the steaminess, but if there’s no heart to it, I have a bit of a difficult time getting into the story. So the fact that the entire premise of this book was that she created the “Rock F*ck Club” for the sole purpose to f*ck rock stars and “take back control” by treating them the way they treat women … well, I wasn’t super impressed with that thought. So, while I’d been hearing pretty good things, I kept putting it off.

Well, I’d recently gotten the opportunity from the author to read the follow-up novella as well as an ARC for the sequel, so while the first book is available for free on Amazon right now, I decided I’d better pick it up and read it so I would be able to review the next two books to the best of my ability.

And let me just say … while I wouldn’t say I was blown away by this book (no pun intended), I am glad I finally got around to reading it. It was worth it, no matter how frustrated I felt while reading.

In my completely honest opinion, the heroine, Raven, made me a little crazy. There were moments I didn’t much care for her at all–especially when she was so obviously regretting her choices and just flat out refused to communicate with the guy she had fallen for to attempt to come up with another choice. I wanted to scream at her that she didn’t have to go through with it when she was having second thoughts, especially if she felt she was forced into it by circumstance (which she did). Raven has a lot of issues, and while a part of me understood where her fear was coming from, the other part of me was just plain irritated with her. There’s also a part where [spoiler]she’s almost gang-raped and if it weren’t for the hero and his band, she wouldn’t have gotten out of the situation [mostly] unscathed. That especially would have made me pump the breaks hard on the whole project, and I still don’t fully understand why she didn’t feel more trepidation about continuing on after going through this traumatizing experience. Not only did this guy practically force himself on her, but he brought in his bandmates to “share” her, and they were doing hard drugs. Yet she still insisted on continuing the mission she set out on.[/spoiler]

And then there’s our hero of the story … Lucky. Yes, that’s really his name. He’s a beautiful, sarcastic, sensitive, wise, talented musician who falls so hard for Raven that his feelings are nearly palpable while you’re reading. He never gives up on her, even when it seems like he has, and he knows just what to say to her to make her rethink her ideas and actions. I absolutely adored Lucky, and he’s honestly most of the reason why I stuck it out through reading sometimes. If she didn’t have a love interest like him, I don’t think I would have enjoyed the book much at all–that’s how essential his character was for me.

Anyway, the love story at the heart of this book is what makes it worth reading. I wasn’t a fan of the concept of the club, nor was I a big fan of the meaningless sex she had (even though there were definitely some memorable scenes!), but the love story? Ugh, yessss, give it to me (again, no pun intended). 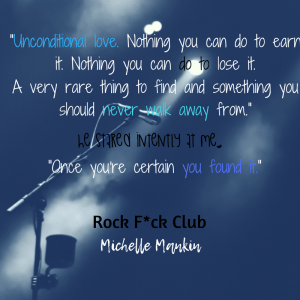 My chest ached while reading as I hoped beyond all hope that they would get the happy ending that I felt they so deserved. There were several times when I just had to set the book aside and do something else for a while so I could give my poor heart a break from the angst-ridden literature. BUT, I was so satisfied with the ending. I honestly can’t remember the last time I read a standalone this full of angst that had an ending I was this happy with. It was so perfect and sweet and everything I could’ve hoped for these characters.

My rating falls somewhere around 3.5/4 stars, but I definitely recommend reading it and deciding for yourself how you liked it 🙂

Follow me for more book-related reviews, news and more 🙂