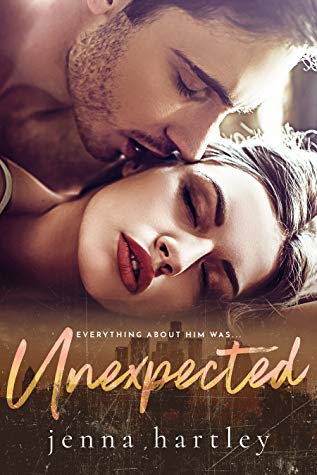 We stared at each other, and I could feel the connection between us as if it were a tangible thing.

I’m usually not a huge fan of age gaps where the woman is older than the man (admittedly, I’m slightly biased as the last boyfriend I had before my husband was younger than me–and while it was only by a year, it felt bigger), but I was super intrigued by the description and decided to give it a shot. After all, how often do you hear about a male nanny, let alone get to read a romance featuring one?

Preston is one of the most amazing book boyfriends I’ve ever read. He’s kind, light-hearted, strong, and overcame an incredible obstacle. He’s also wonderful with Alexis’ daughter, Sophia, which I swear could melt the coldest of hearts. He’s altogether a truly great guy and I loved his character.

I kind of felt bad for him as he so badly wanted to go public with his and Alexis’ relationship and she kept putting him off. Though, while he was usually pretty good about being understanding, sometimes he wasn’t being quite as understanding as I felt he could have been. But this also made for a great dramatic read that would’ve stalled early on if all the problems were resolved right away. (And as I’ve stated before, I love a good dramatic/angsty read!)

I wasn’t 100% sure how I was going to feel about Alexis. While she’s hard-working, a total badass single mom, and seems to have it all together, she’s a bit too into appearances and is a woeful workaholic. I became increasingly frustrated with her as the book went on because she was constantly back and forth with Preston. I kind of understood where she was coming from, but at the same time, I wasn’t completely on board with her reasons and I just felt like she was using all these reasons why they shouldn’t be together as an excuse because she was afraid.

Obviously, it’s fiction, and I realize everyone handles things differently, but I was frustrated, nonetheless. lol. In any event, once she finally starts to come around and she loosens up a bit, I couldn’t help but like her and enjoy her character. She’s at her best when she’s with Preston and Sophia–not worrying about keeping up appearances or what anyone else may say–and it was a super neat thing to watch her character progress throughout the story.

This is my first read by Jenna Hartley and I can’t wait to see what else she has in store 🙂 If you’re a fan of contemporary romance, single parent romance, age-gap romance–heck, any kind of romance!–you’ve gotta read this amazing book! And as always, if you read it, come back here and let me know what you thought <3 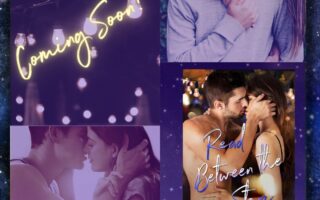 COVER REVEAL | Read Between the Stars by Natalie Parker