This is JC Valentine’s first reverse harem story, but after reading this book, I’m really hoping it won’t be her last 😉

Conner, William, and Oliver are ridiculously sexy brothers who are all intelligent, business savvy, extremely confident, and are used to getting whatever they set their minds to. And what–or rather, who–do they have their sights set on? None other than our very own heroine, Sabrina herself.

Conner is the leader. He’s extremely alpha and assertive; he’s driven and has a great mind for business. He’s the one who initially pursues Sabrina and he makes no qualms about showing her just how much he wants her. He’s incredibly intense at times–swoon–and he’s most definitely the more serious of the brothers.

William is the goofball of the bunch. He makes a lot of jokes and rarely takes anything seriously. He’s also incredibly loving and passionate and loyal. There are a few moments where we see a more serious side to him in this book that surprised me and I loved it. There’s much more to him than initially meets the eye.

Oliver is quiet and comes across as slightly shy. He’s kind of the rock of the brothers; strong, reliable, sure, and he keeps the other two in check. Or at least, he tries to 😉 Ollie was definitely my favorite of the three. I just adored him. He’s so sweet and levelheaded. He’s also the voice of reason in a huge way toward the end <3

Sabrina has spent her whole life trying to prove that she’s just as capable as any man out there. She’s faced criticisms and doubts from her colleagues and she thrives on proving her doubters wrong. I honestly wasn’t sure I was going to like Sabrina’s character at first, but it turned out that I ended up finding her admirable and lovable.

Also, I love a well-written expression of girl power. Sabrina is an awesome example of such a badass chick who knows what she wants in life and relentlessly pursues it. She also loves when people underestimate her so she can show them just how well-equipped she really is. There were a few instances where Sabrina completely puts a few people right in their place and it was the best.

This book certainly has no shortage of emotional tugs of war. There were a few moments that made my chest ache and I had no idea how they were going to get through it … but it was worth the heartache.

I greatly enjoyed this book. There was a perfect amount of drama, sweet moments, and super sexy scenes 😉 All in all, I highly recommend–especially for those who would rather their heroine not choose between the sexy men <3 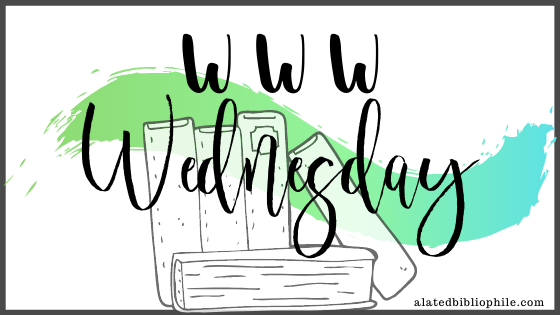