I’ve been eagerly anticipating this book since K. Webster first announced she was releasing a science fiction romance. Funnily enough, I had never read any sci-fi romance until I saw that K recommended Ruby Dixon. I thought, sure, K is one of my favorite authors, so why not give one of her favorites a shot? I read the first book in Ruby’s Ice Planet Barbarians series and I was hooked. Since then, I’d been secretly hoping K would write a sci-fi romance, but I know that just because you enjoy reading something doesn’t necessarily mean you are able or willing to write it, so I had no idea if it would be anything she’d be doing. Imagine my delight when my wishes came true!

So, let me begin by giving you a basic summary of this story. The people (read: aliens) of planet Mortuus–a dangerous and desolate planet filled with all sorts of things that will try to kill you–are the last of their kind. The worst part about this is that they’re all male, and unless they find females who they can viably breed with, their entire race will die out. In desperation, a few of the morts find cryochambers of female aliens (read: humans) and they quickly bring them back to their home with the intent of impregnating them and bringing hope of a future to their people. One of these women happens to wake up unexpectedly–effectively halting their original plan.

The female in question is Aria, a very famous actress back home who had recently been taking on some more risque roles due to some selfish “advice” from her manager. I won’t go into detail, but Aria had a rough life, and while there are some things she misses from the planet she comes from, it’s clear there’s not a whole lot she’s left behind of value. Now, as would be expected, she’s absolutely terrified when she wakes up to see these massive, snowy skinned, fanged men watching her expectantly, and she has absolutely no idea what’s going on–just that she’s scared witless. Before long, the commander, Breccan, takes interest in her more than just as a living incubator, and much to her surprise, she soon begins to have some interest in him as well. 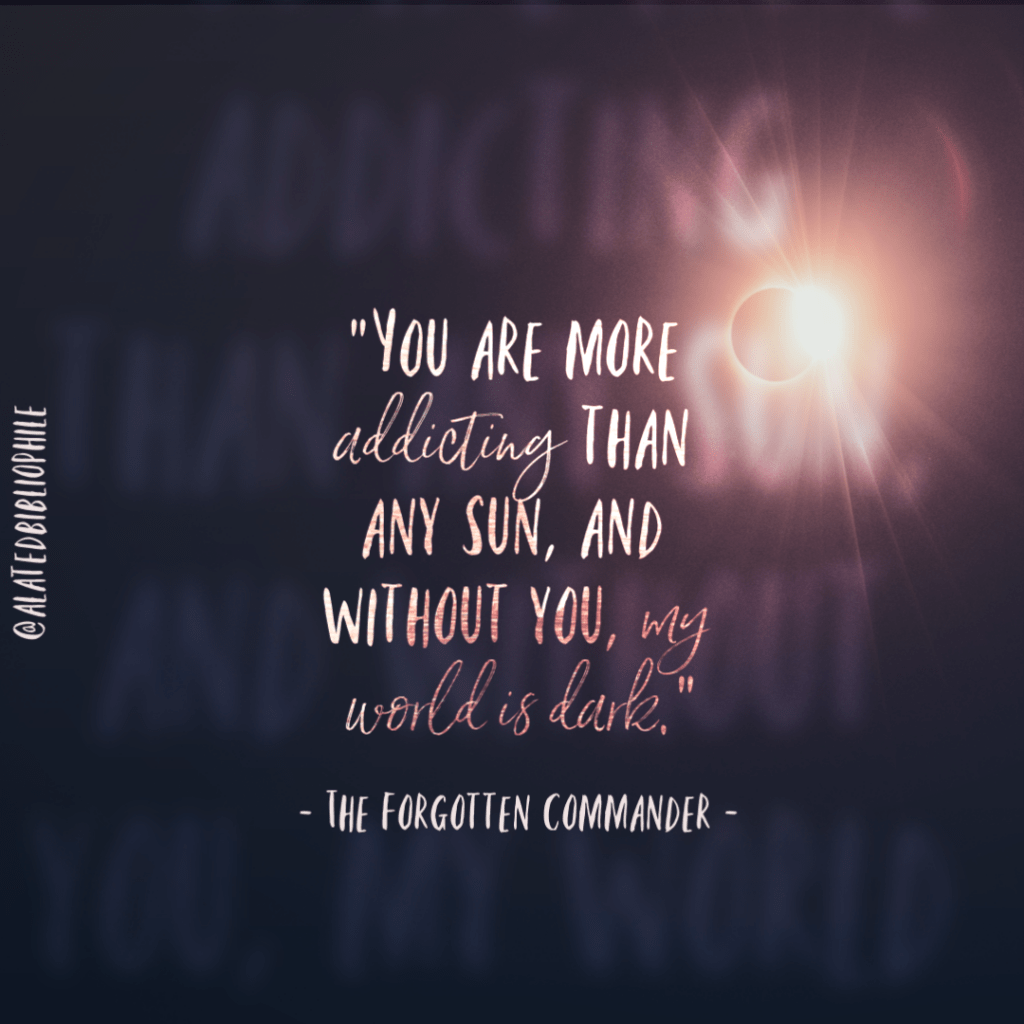 While I mostly enjoyed this book, there were parts of it that I wasn’t thrilled with. While I understand the dire predicament the morts find themselves in, that doesn’t make it okay that they want to impregnate these women without their knowledge or their consent. Thankfully, at least Aria agrees and thinks that’s pretty awful, too, and decides to make it her mission to set them straight. Also, while I grew to like Breccan and Aria together, there were a few parts in this book that sort of fell a little flat for me. Honestly though, that could very well be more to do with my mood at the time of reading it than the book itself, because in the end, I felt like it was a good story and aside from the whole trying to get unconscious women pregnant thing (which is rectified by the end), I liked what I read. I do think I’m going to enjoy the next book a little more because I think I’m going to like that hero a bit better, but by no means was this book bad in any way.

* This post includes an affiliate link, which means if you purchase anything using that link I’ll make a small commission. This comes at no extra cost to you, but it helps me out a lot <3