This book … where to begin.

Let me start by saying I enjoyed Arabella’s character. Despite the fact that a 28-year-old (or was it 27?) virgin is practically a unicorn nowadays, I kind of liked that she hadn’t had sex with anyone yet. While the reason she stays a virgin so long is mostly because of her ultra-conservative mom, it still was somewhat refreshing reading about a woman who didn’t have an active sex life and was learning how to navigate that part of her life. Arabella is funny, sweet, kind, and such a pure character that I couldn’t help but like her. Honestly, she was my favorite part of the book.

As for the other characters … well … I can’t say I was too terribly fond of any of them. Arabella’s mother is bitter–and understandably so–after her divorce from Arabella’s father and the death of Arabella’s sister. But she’s bitter to the extreme, and she’s so controlling of what Arabella does and with whom she spends her time. Then there’s Sammie, Arabella’s friend and co-worker who is entirely too outspoken about Arabella’s sex life–or lack thereof. The amount of pressure she puts on the poor woman to lose her V-card is frankly, ridiculous. A friend should be supportive, not try to pressure someone into changing who they are and making huge decisions just because she’s still a virgin. That’s just my opinion, though.

The “hero” of the story is Eric–and yes, there’s a reason I put the word in quotation marks. I didn’t like him at all. He’s rich, a massive playboy, and his ego is so large I’m surprised he can even walk through a door. He somehow seems to think he’s God’s great gift to women, which is a huge turnoff. Sometimes cockiness can come across as sexy and flirty, but with him, it just came off as douchey and kind of disgusting. The only redeeming factor about him was that when he and Arabella finally have sex, he’s fantastic at it, which I guess is better than nothing.

As far as the storyline goes … for most of the book, the “hero” and heroine aren’t even together or trying to be together. There’s a man Arabella has had a crush on for a while who works at this fast food place she usually gets her lunch at, and when she finally gets up the courage to give him her number, our lovely hero stops her in line and asks if that number is for him. Flustered and admittedly attracted to the new guy, she tells him that yes, it is, and gives it to him. Sigh. Then what happens? He never calls her because he’s too busy having sex with another woman he’s been sleeping with. Now, he does own his own business and he actually is quite a busy man, but instead of taking the time to call this woman he’s somehow completely enamored with and can’t stop thinking about, he decides to continue effing this other woman because she’s convenient. While this is happening, the man Arabella has a crush on finally gets her number. They make a date to see each other and there’s instant, pretty hardcore chemistry. Santiago was absolutely amazing … at first. Then, after what could have been the most amazing sexual experience ever, he turns out to be a total dick. He’s still nice regarding things outside of the bedroom, but when it comes to inside of it, he’s selfish and a jerk. I was so disappointed. I actually was rooting pretty hard for him up until that point.

Now, I will say, seeing Arabella’s progression and growth is what made this book worth reading for me. She finally seems to grow the beginnings of a backbone and I loved it. I really think there’s some pretty major potential for her to be a total badass in the upcoming books.

In the end, this story wasn’t for me, but I enjoyed the writing style and Arabella’s character, which is what brought my rating up a bit. But please keep in mind that this is only my opinion, and if this book sounds interesting to you, then you should definitely check it out. Please don’t choose not to read this story solely based on my opinions. We all have different tastes, after all 🙂

* This post includes an affiliate link, which means if you purchase anything using that link I’ll make a small commission. This comes at no extra cost to you, but it helps me out a lot <3 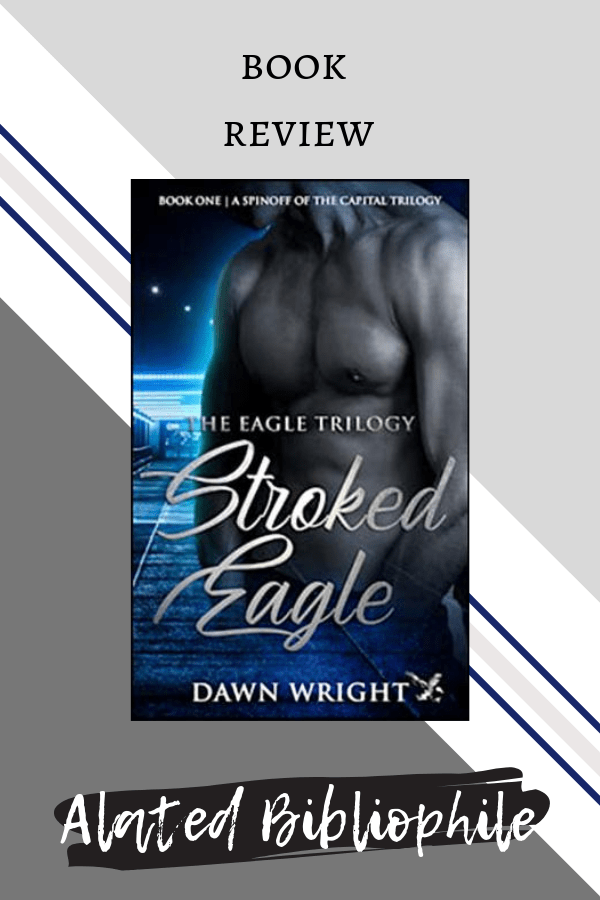 A Hunter Within – Anna Applegate