How would you describe your genre?

I write urban fantasy, which is generally part fantasy, part adventure, part mystery, part romance. I love this genre because it covers so many aspects of story telling that you can literally do anything with it. It can be light or dark; sweet or spicy; funny or gritty; heavy on magic or have just a hint. Best of all, because it’s written in a contemporary setting it feels grounded and believable. Urban fantasy is the genre for readers who want to bring some magic into their everyday world.

Do your books spring to life from a character first or an idea?

My books almost all start with a character followed immediately by a challenge that it would be interesting to see that character face. In the case of Alex in my Magicsmith series, I made someone with a reason to hate the fae and then made her part fae. In my newest book, Demon Riding Shotgun, I started with a woman who was possessed by a demon as a child, causing her to avoid connections with humans so she is both always and never alone. Then I made her hunt her own kind while she in turn is being hunted by the people she is trying to protect.

What are your favorite and least favorite parts of publishing?

I actually love editing and revisions. I know, I’m crazy, but it’s true. I’m a perfectionist, and my goal is to create the best final product that I can. I like getting to tweak and polish things to improve the story and make it stronger. In fact, if not for my publishing deadlines I might never stop tweaking.

My least favorite parts are marketing and publicity. I don’t really have business skills, I was an English and Art major for crying out loud. Plus, I’m the very definition of an introvert, so I don’t have many connections. Authors have to do things like attend conventions, maintain social media accounts, and do interviews, and that’s kind of a nightmare for someone who panics at the very though of interacting with another person. So this whole entrepreneur thing has had a pretty steep learning curve for me.

When did you know you wanted to write, and when did you discover that you were good at it?

One day I caught myself daydreaming, as I often do, and I just decided to try my hand at writing to see if I could. The story I ended up planning out was too long for one book, so I broke it into pieces, wrote the first manuscript in about three months, and spent the next three years tweaking it. I really worried about whether or not my writing would be any good at the beginning—actually, I still worry about that every time I hand in a manuscript—but my story found a home with an agent, and eventually a publisher, and each time I moved one step closer to publication I got a little boost to my confidence because obviously there were people who though my book was worth reading. Between the time that first book was published and its one-year anniversary I signed two more contracts, published three more books and three audio books, won several book awards, and became a #1 bestseller on Amazon in multiple categories. I had complete strangers writing to tell me they loved my stories and couldn’t wait for more. So yeah, that first year was a roller coaster, and I can’t pinpoint the exact moment, but somewhere in there was when I finally decided that I was a good writer.

Are you a plotter or a pantster?

I do both. I always start with a basic outline, sometimes even a detailed one, but when I get into the actual writing I often veer off script. There tend to be major scenes in my stories that act as lighthouses, guiding me along. As long as I can find my way back to those key scenes at the appropriate times, I like to let my characters take the story in whatever direction feels most natural.

What food fuels your writing?

Tea! I’ve pretty much always got a mug of hot tea next to me when I write. Granted that’s not exactly a food, but food and I have a complicated relationship. Tea I can trust.

Who has been your favorite character to write and why?

I’ve had so much fun writing Mira because she’s basically two characters in one. Every time I put her in a situation where she might have one of those little voices in her head saying all the things we don’t say out loud in polite society, her demon totally gets to say them!

What inspired you to write this particular story? What were the challenges in bringing it to life?

I wanted to write this story because I’d developed a whole world for my Magicsmith series but had only been able to show it through one perspective. I wanted to explore the world through a character who was totally different than my first protagonist, someone who was already immersed in the magical undercurrents of the world and confident in their own abilities.

This presented an interesting set of problems however, because I was not starting with a clean slate. I had to figure out where in the timeline of my existing series my new story would take place. I had to make sure all the facts of the world lined up with what I’d already established, but because I wanted this book to stand independent from the series I also needed to reintroduce information that I’d had a full five books to explore in a very condensed version to get new readers up to speed.

Hopefully I’ve succeeded in creating a book that is both a fun and complete read on its own, and will delight Magicsmith readers with fresh insight into a world they already love.

Tell us something we don’t know about your heroes. What makes them tick?

Demon Riding Shotgun has two main characters (or three depending on if you’re counting bodies or personalities). Mira was possessed by a demon as a child, which was both a curse and a blessing. The demon protected her, but her mother was severely hurt in the process. Now she carries that guilt and the belief that her magic makes her dangerous to be around. As a result she’s almost completely removed herself from society. She both craves and shuns human connection. This is further complicated by the demon’s desire to connect, something it can’t do on its own as an incorporeal being. So the demon is always pushing Mira to make connections with people while Mira tries to push them away.

The second character is Ty, the cop who’s hunting Mira. He recently quit his job as a PTF agent—a cops who polices magical beings—after leading his partner and friend into a fae ambush and getting him killed. He’s also trying to avoid the pain of human connections, but as the only available magic expert when Mira’s case comes in, he has no choice but to reengage. Ty is fighting his desire to wallow in his guilt while struggling with his fundamental desire to protect people and uphold justice.

Do you use real or fictional locations in your stories? What kind of research do you do for the setting?

I use both real and fictional locations in my books. For example, the main character in my Magicsmith series, Alex, lives in the Colorado Rockies outside the small town of Nederland and works in Boulder. These are real places that I’m quite familiar with, so many of the details are pulled from the real world, but the bookstore and gallery where Alex works are made up and dropped into that real setting. This combination creates believably in the story. Then there are times when Alex travels to the fae realms, which are connected to but not part of the mortal world. In those cases, everything is made up. I get to invent new creatures, adjust the colors of the trees and sky, build cities out of improbable materials, and even change the way time passes.

What is something unique/quirky about you?

One thing that often catches people by surprise is that I design and create my own chainmail jewelry. It started as a hobby when I was in college. I majored in metalsmithing, and for one of my projects (an articulated silver glove) I needed a section of basic chainmail. So I poked around online, found some tutorials, and taught myself how to weave European 4-in-1. After that, I found more weaves and made more complex patterns. Now I make and sell my creations in an etsy shop: https://www.etsy.com/shop/WimsiDesign.

I’m still learning new weaves and coming up with new combinations all the time. Lots of people think I’m insane for staring at something so small and so complicated for so long, but I find it relaxing. Kind of like knitting, but with tiny metal rings.

Describe yourself in 5 words or less!

What is your favorite childhood book?

Did I Ever Tell You How Lucky You Are? by Dr. Seuss. I can recite the whole thing from memory.

If you could have any superpower, what would it be? Why?

I’d choose to fly. Not only would it be incredible, it would also be useful. I’d never have to worry about falling down and injuring myself because if I tripped or something I could just hover instead of trying to catch myself. Plus, I really like heights. 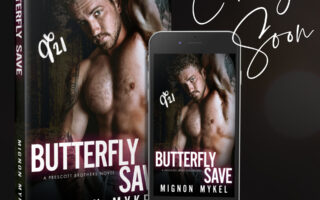 Tour | Between Now and Heartbreak by Dylan Allen