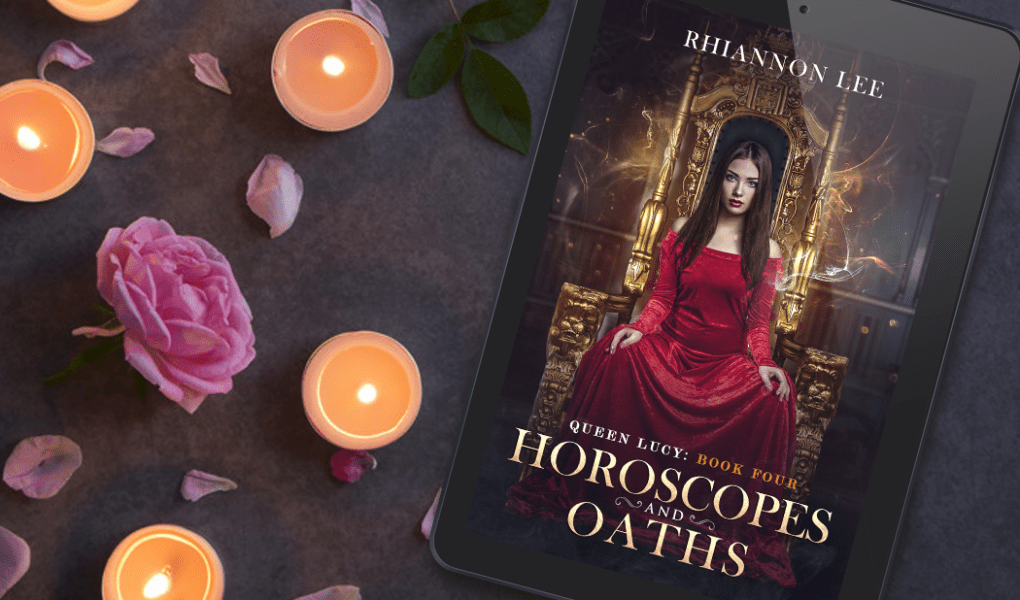 Hell is just a place on earth, right? For Lucy, this couldn’t be any closer to the truth. Stuck working in another dead-end job in another unremarkable city, Lucy’s adapted to life on the run by arming herself with a smokescreen of snarky humor. Sometimes though, her filter-less sasses land her in hot water, especially when it comes to triggering her unruly magic.

After a trip to the pound, where a small, scrappy black cat befriends her, a rapid series of events thrusts Lucy—literally—into the complicated world of Hell.

Lucy will need to learn to rely on others and use the help offered to her by an alluring demon and a ragtag team of misfits in order to save Hell before it’s ripped apart by all manners of depraved, ruthless enemies.

Like greeting an old friend, if that friend is a slap across the face from reality, Lucy launches herself headfirst into a new series of challenges that come with the territory of being the Queen of Hell.

On top of being pulled every which way by royal duties and rules, and a conflict simmering just below the surface of Hell’s five realms, Lucy must also juggle a newfound romantic life she couldn’t have previously imagined. As her love for Cain grows, the arrival of a mysterious stranger throws a wrench in her initial plans. And of course, he’s not the only one who has their eyes set on the vivacious queen.

The uncertainty of Lucy’s future increases as a lurking threat begins to rear its head. Can Lucy figure out the key to keeping her world intact while also opening her heart to the love of all the men in her life before it’s too late?

On the scale of being caked by a minxle to foiling assassinations, everything should have prepared the Queen of Hell for waking up to a handsome stranger, right? After Abaddon ran away with this tail firmly tucked, and Lucy could finally catch her breath, she was prepared to start a new life with the men and family she loved most. But letting her guard down was her first mistake.

In a race against her own future, Lucy must trust her instincts now more than ever. And if she wants to stand a chance at restoring Hell and her reign, she also needs to tread carefully around familiar faces. If there is one thing she knows all too well, it’s that not everyone is as they seem.

Lucy must prove herself to the people of Hell for a second time. And things are not just where she left them. If that doesn’t make things difficult enough, Cain and Bohden don’t remember her and she learns that reclaiming the rest of her men won’t be as easy as she hoped.
With her world falling apart, she must march an army across hell to defeat Abaddon once and for all. But will there be enough time to reunite her family, or will she lose part of her heart forever?

This is the epic conclusion to the Queen Lucy series. It contains adult situations and language, and a fair share of hilarity. A why choose romance adventure!

Get the Box Set here!

Rhiannon Lee lives in the Appalachian hills of West Virginia where she loves to spend time with her family, friends & her rambunctious orange tabby named Chicken Nugget.

Addicted to music, obsessed with books and highly dependent on coffee, she spends her free-time trying to play with squirrels, consuming sci-fi and fantasy movies, and making art.