This one was hard to read, I’m not gonna lie. If you think Raven’s book was angsty, it ain’t nothin’ compared to Marsha’s.

Also, my first impression of Marsha was way off and somewhat unfair. I’ll be honest with you; I didn’t much care for her character in the first book. I loved the friendship she and Raven shared, but other than that, I didn’t really care much for her. She was too reckless, too much of a party girl, and she hooked up with more guys than Raven did. I just didn’t care for her personality type. So when I realized this was her story, to say I felt a little apprehensive to read it is quite the understatement. Honestly, I kind of dreaded reading it, even while I was reading the first few chapters. Her personality just grated on me and I didn’t expect to feel anything else.

Hoo boy, was I in for a treat!

The turning point for me came when [spoiler]she and Raven got into the fight over Ivan, when he confronted Raven and told her he was convinced Marsha had lied about the baby and thought she was just using him to break him and Raven up. And Raven took it hook, line, and sinker. Seriously? For being this girl’s best friend, she sure believes her ex-boyfriend pretty damn quickly. And she refused to talk to Marsha about it, just taking the word of the ex-boyfriend who cheated on her over what her best friend of her entire life had to say. [/spoiler]

(For those who don’t want a spoiler: basically, she and Raven get into a fight that lasts for pretty much the entirety of the book. Marsha finds herself alone and without the solid presence of her best friend. She’s mourning Raven’s absence and attempting to deal with other issues that she hasn’t gotten over yet, and as a result, she makes a few bad choices and begins to question pretty much every decision she makes. I’m not describing this well, but hopefully, you get the idea.)

I was so unbelievably annoyed with Raven–something I never thought I would say–and felt terrible for Marsha. Here’s the thing–Marsha does screw up. She isn’t perfect by any means, but she’s also not 100% to blame for all of these mistakes either. And I’m not saying she didn’t deserve a little slap in the face to wake up and stop drowning her sorrows in alcohol, but I do think Raven did her a little dirty and should have at least attempted to communicate with her before deciding to practically write her off.

Anyway. Kudos to Michelle Mankin for bringing this couple together. I didn’t see Ivan and Marsha reuniting at all. Marsha seemed to hate him, and really, the feelings seemed mutual–until the whole truth starts coming out. Their beginning was heartbreaking. They were over before they could even begin, and then he started dating Marsha’s best friend. He knew their relationship was wrong, but he stayed because Raven was hurting after her brother’s death and he didn’t feel like it would be right to break up with her on top of that.

I was beyond shocked to discover the feelings Ivan had been harboring for Marsha. And even though she didn’t want to admit it, the feelings Marsha had for Ivan were nowhere near dormant. She’s inexplicably drawn to him, but she feels like she can’t make a move because of Raven and the RFC. She’s contractually obligated to have sex with ten rock stars and she knows Raven would be hurt if they were together. What is she supposed to do? 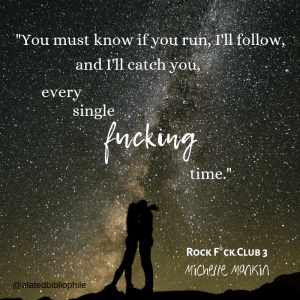 This doesn’t stop Ivan, however. He relentlessly pursues her all throughout the book. She’s bullheaded and doesn’t make it easy, but when they’re together, their relationship is so sensual and easygoing, it’s easy to root for this couple–despite their past together and his past with her best friend. It’s clear they love each other and it’s frustrating when you can see it but they’re just so hardheaded about putting labels on anything–especially Marsha.

Honestly? I liked this book better than the first one, and no one is more surprised about that admission than I am. I thought for sure I wouldn’t much care for Marsha, but the more I got to know her, the more I understand her personality and why she makes the choices she does. I empathized with her and felt a connection with her, despite never having gone through what she has.

I also loved the addition of Barbara. She’s such a cool person and I love the friendship she and Mars develop. I’m hoping we’re going to see some more of her in the future 🙂

OH, and how could I forget?! I’m dying for more interaction between Rocky and Sky. Their chemistry is just explosive and with her unique personality, I think they would make such an amazing couple. It’s clear they’re in love with each other; they’re just too damn stubborn to do anything about it. I’m crossing my fingers for those two!

In my opinion, this is the best book of the series so far and I’m excited for the next one to come out 🙂 If you end up reading these books, please let me know! I would love to hear what you think. 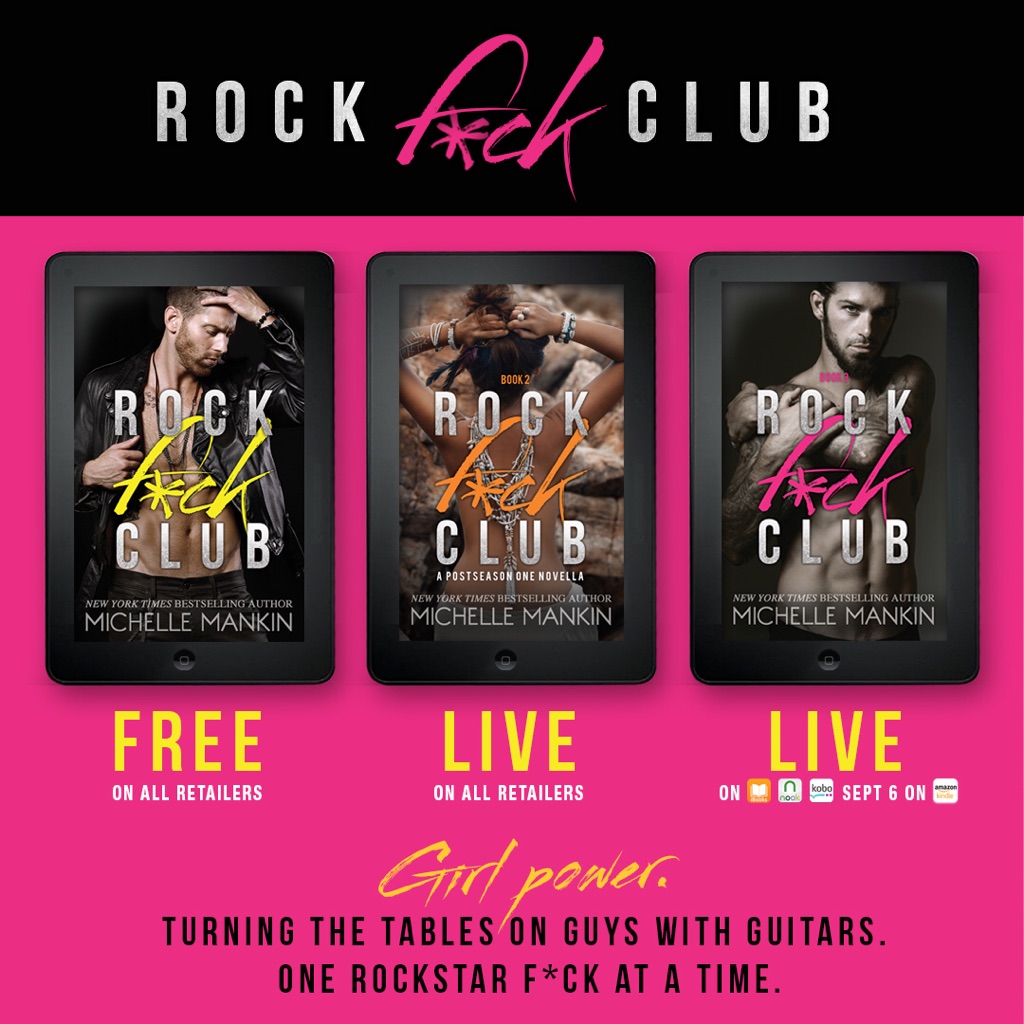 My review for book one: Rock F*ck Club

Follow me for more book-related news, reviews and more! 🙂 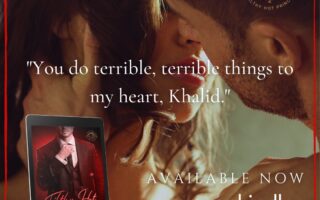 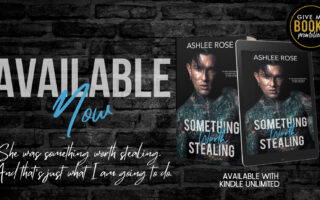 BLITZ | Something Worth Stealing by Ashlee Rose