Sunny’s outlook on the holidays isn’t so merry, but when she gets roped into playing Mrs. Claus for the local hospital, she discovers Christmas miracles aren’t just reserved for the children.
Note: This is a standalone short story with plenty of heat to chase away that winter chill, an HEA, and NO cliffhangers!

J.C. Valentine is the USA Today and International bestselling author of the Night Calls and Wayward Fighters Series and the Forbidden Trilogy. Her vivid imagination and love of words and romance had her penning her own romance stories from an early age, which, despite being poorly edited and written longhand, she forced friends and family members to read. No, she isn’t sorry.

Living in the Northwest, she has three amazing children and far too many pets. Among the many hats she wears, J.C. is an entrepreneur. Having graduated with honors, she holds a Bachelor’s in English and when she isn’t writing, you can find her editing for fellow authors.

Sign up for J.C.’s newsletter and never miss a thing! http://bit.ly/1KxXWWB

How did I get talked into this? Looking back, I know exactly where things went sideways. I should have skipped that last mimosa.

It started with Roberta’s retirement party. She wasn’t exactly the likable sort—kind of stodgy, rigid. But she was also like everyone’s grandmother, which is why everyone tolerated her. That and she made an amazing pineapple upside-down cake that made everyone look forward to the monthly potluck.

I would miss those cakes, but Roberta was eloping with some Polynesian guy she’d met in one of those outdoor yoga sessions, and apparently, it was love at first downward dog.

Seventy-year-old Roberta found love, and here I am, thirty-four, single as a Pringle, and not a prospect in sight. Hence the drinking. And also why I’m standing here in front of the storage closet while Travis rummages through dusty old boxes to find the Santa outfit I somehow got roped into wearing.

I am severely displeased.

The first thing I did when I arrived at the office this morning while nursing a hangover was tried to get out of it. Travis wouldn’t hear of it. Apparently, every year they get some poor schmuck to agree to dress up and play Santato the kids down at the children’s hospital, and it usually falls to the newest member of the team.

Since I was hired in just after the New Year, that poor, unsuspecting fool happens to be me.

Plus, I’m the only one, supposedly, who doesn’t have out-of-town plans. I’m “it” by default on more than one level.

I snap to attention as Travis climbs over boxes on his way over to me, holding a mass of red fabric over his head like a trophy.

I groan, depressed at the thought of having to put that thing on. I can already smell the mothballs. “Just what I need to make it look like I put on an extra fifty pounds instead of ten.” It’s a holiday tradition, eating cookies and fudge and pies. My sweet tooth cannot be denied, so every year I pack on a little extra insulation to get me through the cold winter months.

Travis gives me a flirty smile and wink as he hands over what I now realize is a lot less red than I’d originally thought. “You’ll look anything but fat in this, trust me.”

The way he said that makes me completely distrustful of him. Narrowing my eyes, I reluctantly accept the offering, shaking it out as I say suspiciously, “What is that supposed to me—oh…”

This is not the Santa suit I’d expected. It’s…well… “I think you went to the wrong costume shop, little buddy,” I say sarcastically, because this has to be a joke. “I think you need to go back in there and find the rest of it.”

Travis’s smile is positively wicked now. “That is the rest of it.”

My eyes widen, and I look at it again. “Where did you find this thing, Strippers R Us? I can’t wear this!”

Like the asshole big-brother-type that he is, Travis playfully pokes the end of my nose. “You sure can, hon, and you’ll do it with a smile on your face and merry little laugh, too.” Closing up the closet, he locks it back up and brushes by me. “Make sure you dry-clean that thing before you put it on. It’s been around the block a few times.”

His mockingly jolly laugh makes me want to sprint after him, tackle him to the floor and jab my elbow into his ribs a few times. But as much as we were all family, office violence was just as frowned upon by human resources as workplace romances.

I’d just have to find my revenge another way. Until I did, it looked as though I was cursed to play Mrs. Santa. 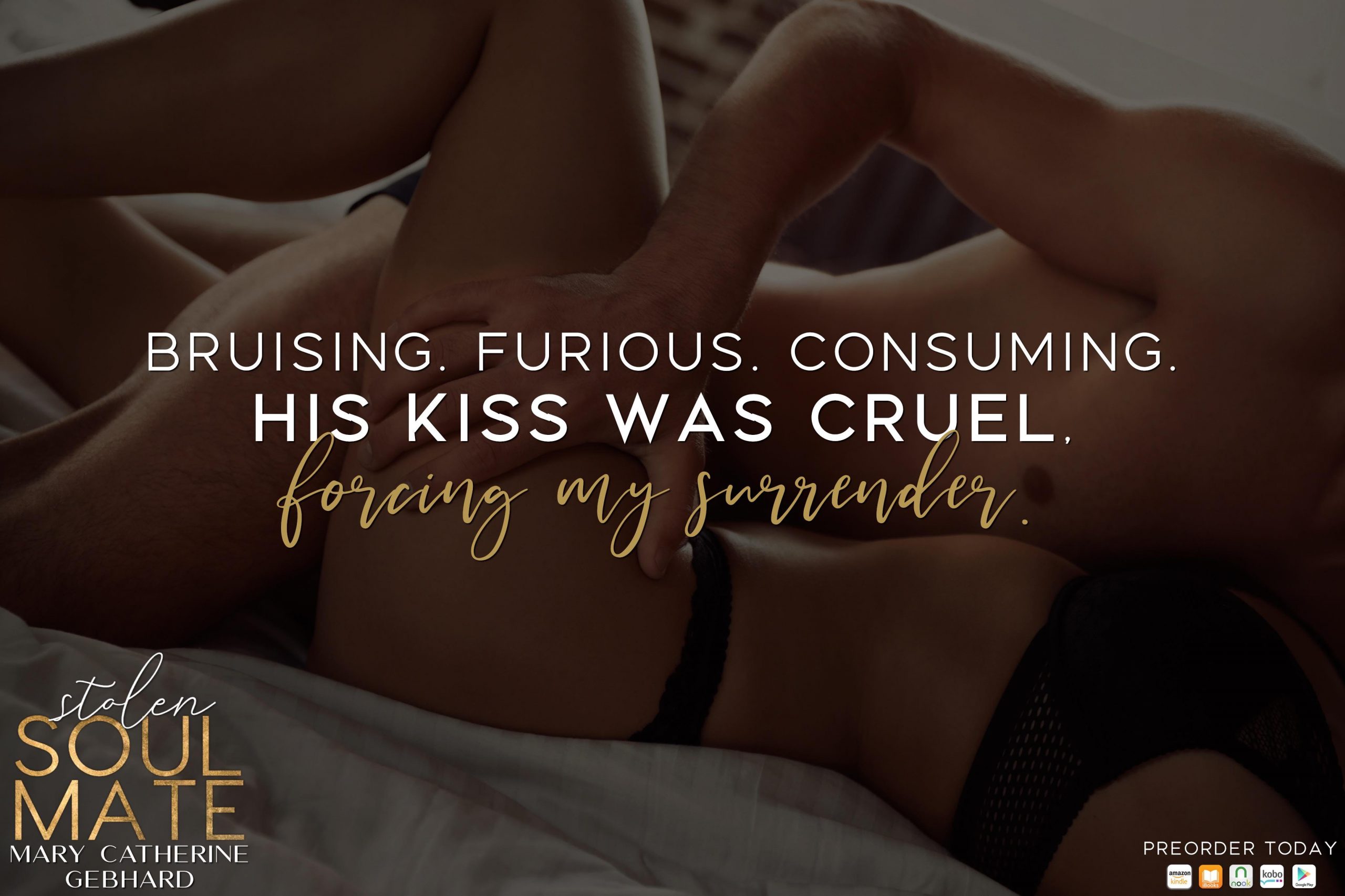