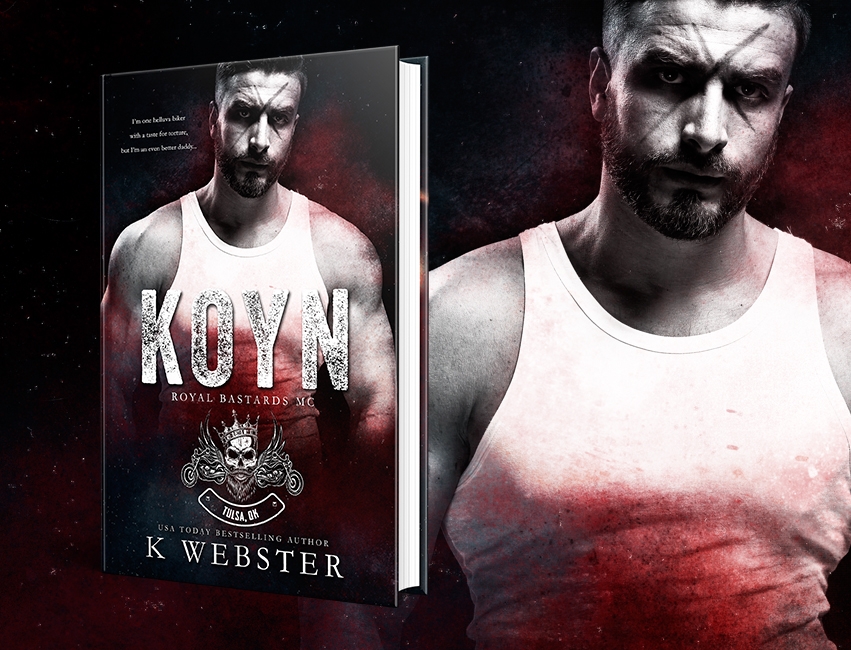 I had it all. Family. Career. A future. Until a couple of bikers took it brutally away from me. They scarred me both inside and out, killing the man I once was. Jared Koynakov is dead and Koyn rose from the ashes. Ten years later, I live by a code that is shaped by hate, anger, and revenge. As prez, I’ve built a brotherhood of men who share the same thirst for vengeance and are loyal until the end. Together, we will find those bastards and end them. Every last one of them. All it takes is one slip, and I almost have them in my grasp. Until a pretty pageant girl, who looks far too much like my daughter, steps into the fray causing the ultimate distraction. I must choose between my revenge and being her savior. I’m one helluva biker with a taste for torture, but I’m an even better daddy…

K Webster is a USA Today Bestselling author. Her titles have claimed many bestseller tags in numerous categories, are translated in multiple languages, and have been adapted into audiobooks. She lives in “Tornado Alley” with her husband, two children, and her baby dog named Blue. When she’s not writing, she’s reading, drinking copious amounts of coffee, and researching aliens.

BLOG TOUR | Out of Control by Toni J. Strawn