We were never meant to meet; our paths shouldn’t have crossed. And yet they did. As an undercover DEA agent, I always thought things through. I didn’t take chances, because I knew one misstep could have disastrous consequences. Until I met her. The little sister of my next target. Lola was a feisty young woman trying to claw her way out of a bad neighborhood. She was forbidden in every sense of the word, and not just because of the sixteen year age gap. We were taught to expect the unexpected, but nothing could have prepared me for what was about to happen. I fell hard. I fell fast. I freefalled heart first. But there was a secret I was keeping, and if revealed, it’d destroy the lives of those I’d vowed to protect. One wrong move and everything could erupt in our faces. All that remained was one question… Was she worth it?

Life was chaotic and unpredictable; made up of a series of events—a collection of firsts. First crush. First kiss. First love. Between the murky waters, I’d found salvation. And it was all because of him—the broody alpha who appeared at the time I needed him most. He promised me things, and showed me the life I could have. But all it took was one moment to destroy everything. Nothing else mattered. No one else mattered. It was him and me against the world. Until it wasn’t. I hadn’t known just how forbidden our love was. I hadn’t known I’d been tutoring his son. I hadn’t known about the family he had hidden away. I hadn’t known he was cheating—with me. I wish I could say I wanted to take it all back, but it’d be a lie. A blatant lie. He was my biggest downfall, but I’d never regret it. Choosing him was never an option, the question was whether he’d risk it all. Downfall is book two in the Fallen Duet. The final instalment in the two part, drama filled, heart felt, epic love story.

Abigail Davies grew up with a passion for words, storytelling, maths, and anything pink. Dreaming up characters–quite literally–and talking to them out loud is a daily occurrence for her. She finds it fascinating how a whole world can be built with words alone, and how everyone reads and interprets a story differently. Now following her dreams of writing, Abigail has found the passion that she always knew was there. When she’s not writing: she’s a mother to two daughters who she encourages to use their imagination as she believes that it’s a magical thing, or getting lost in a good book. If she’s doing neither of those things, you can be sure she’s surfing the web buying new makeup, clothes, or binge watching another show as she becomes one with her sofa. 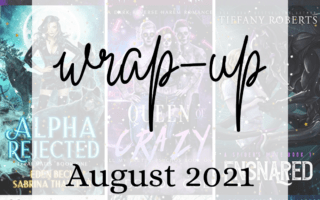