Title: Bass-Ackwards
Author: Eris Adderly
Genre: Standalone Contemporary Romance
Release Date: April 10, 2019
Blurb
Christina Lee Dodd needs Friday off work. Needs. She’s up to
her eyeballs in problems.
One of those problems is her boss, Bill Marshall.
And Bill Marshall is an a**hole.The offer he makes is textbook inappropriate. An HR nightmare.
But is it wrong for her to accept?

Bass-Ackwards is a filthy wrong-way romance where two human beings make more
mistakes than you can shake a stick at.

Excerpt
“So that’s the deal.” He hadn’t moved from where he stood
the entire time. “One hour a week. I don’t kiss you, I don’t hurt you. No other
people. No talk.”
She gave a hurried little nod, as though she could sneak agreement
past her conscious objections.
“I have one more thing,” he said, moving at last toward the
door to the back. “From now on, you wear skirts or dresses. No pants.”
Her cheeks heated in an instant, as though this demand was
what made it real.
“Bill, I have like, two dresses.”
He made a growling noise and stuffed his hand into a pocket.
Retrieved his wallet. “Go buy some more.” He thumped some folded bills on the
counter, making her feel dirtier by an order of magnitude.
The door swung shut behind him again, and Christina was numb
to further reaction.
He avoided her for the rest of her shift. She avoided
contemplating what she’d done.
Insanity, apparently, felt like nothing.
Nothing until she clocked out at four and fled in the Bronco
toward a grocery run and now, somewhere that had skirts.
This is insane. You
are insane.
How did she even know he would give her the raise?

Eris writes dark, escape-from-reality romance full of
criminals and outcasts.  Her stories are the stomping grounds for bada**
heroines, untameable alphas, a spectrum of sexuality, and a serious disregard
for convention.  Expect the decadent and filthy, the crude and sublime,
sometimes all at once. Pick a safeword and grab a towel before reading.
She is a complete nerd and possible crazy cat lady. She will annoy you with
puns.
Author Links
FACEBOOK
TWITTER
INSTAGRAM
AMAZON
GOODREADS
BOOKBUB 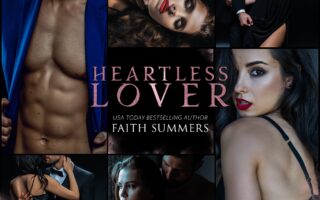